Why global fraud and mislabeling of Seafood is a real issue. Why it could affect food safety when ‘dangerous and even toxic’ fish enter the market and are labeled ‘common’. Why substituting with vulnerable species could be damaging the entire ecosystem. Why fish laundering is resulting in huge economic losses of $26bn–$50bn (£19bn–£36bn) a year. And why overfishing not only damages the future income of those families who are dependent for their livelihood from what they get from the sea, but also which consequences this has for the global supply of seafood.

According to a recent article in The Guardian, new DNA analysis techniques in 44 studies recently done by the Guardian Seascape, discovered staggering results of mislabeling. It is time to deal with these issues on a global scale.

The results showed that among 9,000 seafood samples from restaurants, seafood merchants and supermarkets in over 30 countries, an astonishing 36 % of the samples were mislabeled.

What was supposed to be ‘snapper’ turned out to be a different species within the same family. In Germany, shark filets were being substituted by cheaper and unpopular varieties. They even found substitutes from endangered species, which in turn is ‘hacking’ the diversity of the already vulnerable ecosystem with both known and unknown consequences.

A study done in 2018 in the UK showed that almost 70 % of the samples sold as snapper, was indeed not snapper. The study revealed that fish which was labeled as snapper were in fact 38 different species. And in Singapore some prawn turned out to contain pork, without a trace of … prawn.

“Between 8m and 14m tonnes of fish are caught illegally every year.” Rachid Sumaila – Institute for the Oceans and Fisheries at the University of British Columbia

The most obvious reason fish fraud and laundering is still happening is the drive to maximize profit margins, by extensively replacing expensive seafood with cheaper ones.

Can we – as a conscious consumer – still agree to this?

The answer is no, the solution is accurate and instant Visibility … from the moment the fish eggs are hatched and handled at the fish farm, or in the case of wild fish when it is caught and handled on the boats, transported, processed, distributed to retailers, fish markets and supermarkets, and finally to us, the consumer. 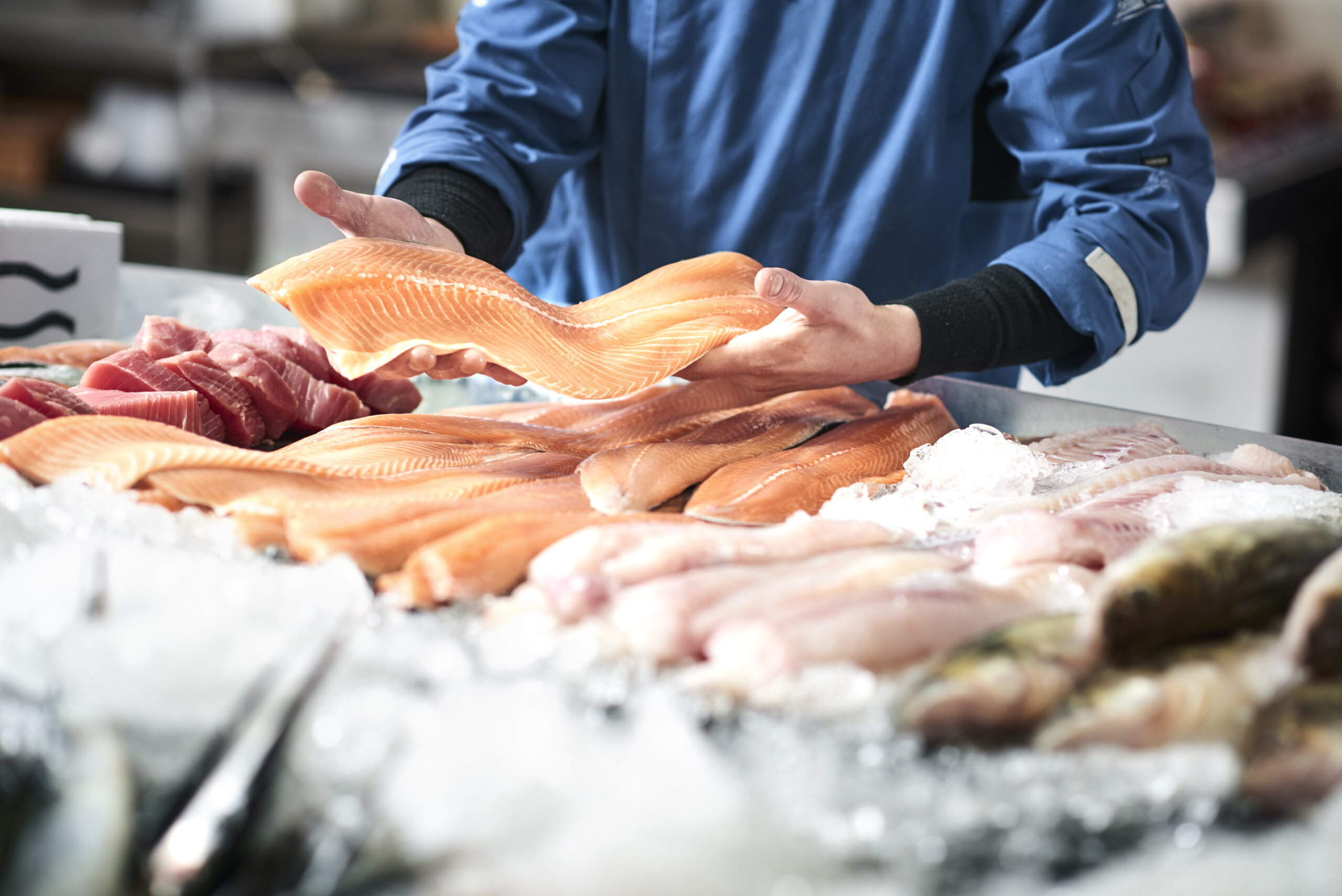 This is where SeafoodChain™, powered by UNISOT, comes in. Our solutions create a Digital Thread where each batch or item will be represented by a Digital Twin. The Product DNA then follows the whole product’s lifecycle, providing truthful data from the first raw product producer to the logistics, transportation, the production distribution and all the way to the end consumer.

Each actor in the food chain can provide and share detailed, verified and accurate information such as feed ingredients, temperature, weight, location, volume, etc. The goodwill of providing transparent information reduces fraud and helps building a more sustainable food system.

Customers and consumers will decide to buy the product, because companies can guarantee the Authenticity and the Product History. They will have a choice to buy sustainable and eco-friendly products. Especially when producers can show they have chosen to take a responsible choice for both the health of their customers and nature’s valuable resources.

ACCOUNTABILITY IS BUILDING TRUST, BOTH UP AND DOWN THE SEAFOOD SUPPLY CHAIN

SeafoodChain™ allows supply chain stakeholders to ensure products are compliant to legal regulations such as European regulations EC 1224/2009 and EC 404/2011.  These regulations control the capturing and sharing of traceable information in the seafood industry. The fish farm or fish supplier can proudly offer a product that they know meets all criteria. The distributor can guarantee that the product they have delivered has had the most efficient trajectory.

By scanning the QR code, the customer will have full access to accurate information and will most likely choose to buy products from producers who can prove they can be trusted, are truthful and transparent. 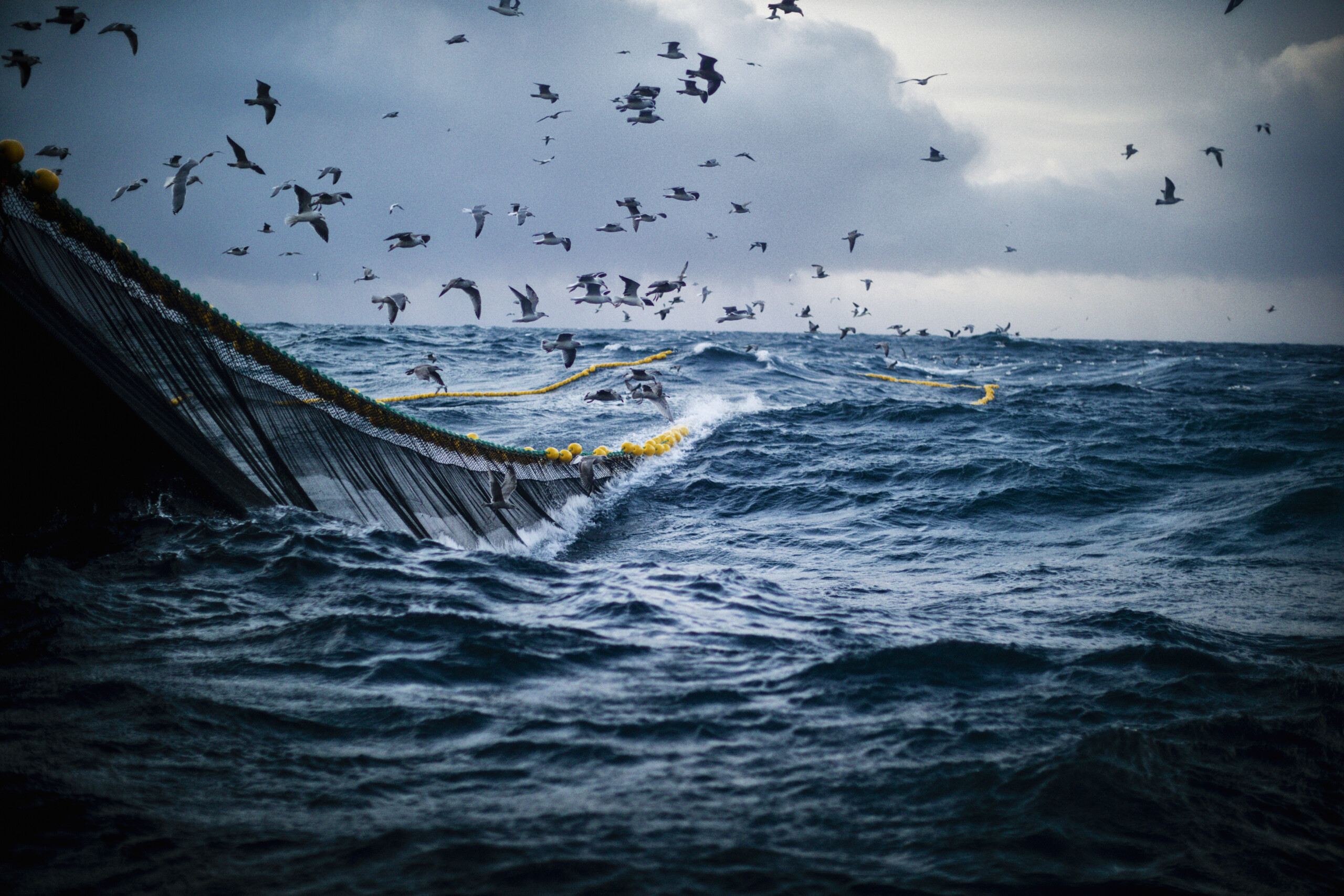 Do you want to know more about which advantages and benefits SeafoodChain™ functionality could add to your company? You may even consider becoming our Partner and/or Ambassador? Let’s connect so we can show you the why and the how!